The New Science of Sleep: Nightmares and Anxiety 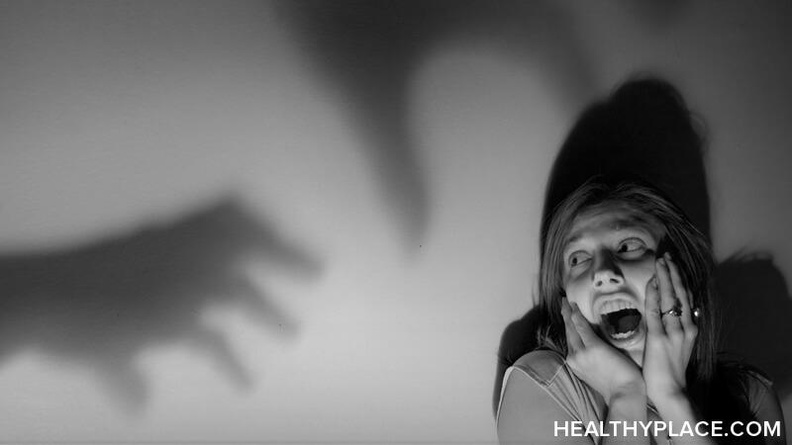 Sometimes I get woken up by anxiety-causing nightmares which isn't so odd, what with the PTSD n’all (Understanding PTSD Nightmares and Flashbacks). Full-on sweating through my pyjamas in a very non-sexy manner nightmares, so what do I do? Rollover and go back to sleep. You might be tempted to ask why I cope with nightmares like that, but I doubt I’m alone in the answer.

Because the nightmares are that bad, all I want to do is go back to sleep, even though sleep isn't the refuge it once was. Even if it's essentially just saying, "Please, sir, may I have some more?” since the alternative is to spend the next few hours awake in a world where the horrors you just saw are carefully etched on the back of your eyelids, overthinking it all. Doesn't help that those horrors often have some basis in fact.

It's a case of turnover and pray to the uncaring neurons in your head that you might, just might remember puppies and unicorns exist and couldn't you just get a ten minute showing of that at the end of every gore-filled spectacular, or 4am mid-REM flashback? Or get up and live with the less than warm 'n' fuzzy fact that what you dreamt doesn't only dwell in the dark recesses of imagination but very probably represents a reality that stalks you by day -in its own quiet, hulking, unstoppable manner.

The reality that anxiety doesn't always find a good, healthy release in the real world so it comes out in waves of terror while you sleep; darn right I rollover.

Conventional psychological wisdom has it that nightmares act as a kind of release valve for our fears but since I'm telling you that, you know it may not be the case. Scientific American gives a quick overview of a few of the latest papers on the subject, which boiled down say that nightmares may in fact increase anxiety levels when we're awake.

"It is possible… that some-thing is going wrong in the brains of individuals who experience a lot of anxiety, so that normal emotional processing during dreaming fails, says Tore Nielsen, director of the Dream and Nightmare Laboratory at Sacred Heart Hospital in Montreal.

This makes a considerable amount of sense to me. To give it more context, in even more recent studies researchers found that “dreams seem to help us process emotions by encoding and constructing memories of them,” and that “vivid, bizarre and emotionally intense dreams (the dreams that people usually remember) are linked to parts of the amygdala and hippocampus.” In people with PTSD the mass of the hippocampus is typically decreased and the amygdala, or ‘fear center’ of the brain, is over reactive so this may help explain why, if that’s your baseline, it’s more difficult for the brain to use its sleep time to process and diffuse trauma-based emotions.

Whether that extends to other anxiety disorders we don’t know but if I had to guess I’d say it’s fairly likely.

The Links Between Anxiety, Anger and Depression
Waking Up with Anxiety. Why Can't I Just Get Out of Bed?
Shadow
December, 30 2011 at 3:34 pm

Nightmares, I wake up saying please stop. I too go back to sleep and they start again. Night after night. It causes me great stress in the morning. What else can I do but go back to sleep, awake is just as bad flashbacks that don't stop. I have CPTSD/PTSD. I wish I did not have to sleep but I do. It's good to read that what I do is real and others know what goes on in dreams. Thank you...

Hi Shadow,
Very sorry to hear you have a similar experience. It's tough. Sleep is just so critical to functioning and treating anxiety. I hope you're able to find some things which will help in 2012.
Best
Kate

This makes a lot of sense to me. I always thought I was odd for rolling over and going back to sleep, even though I knew more nightmares would find me there. Thanks for the article.