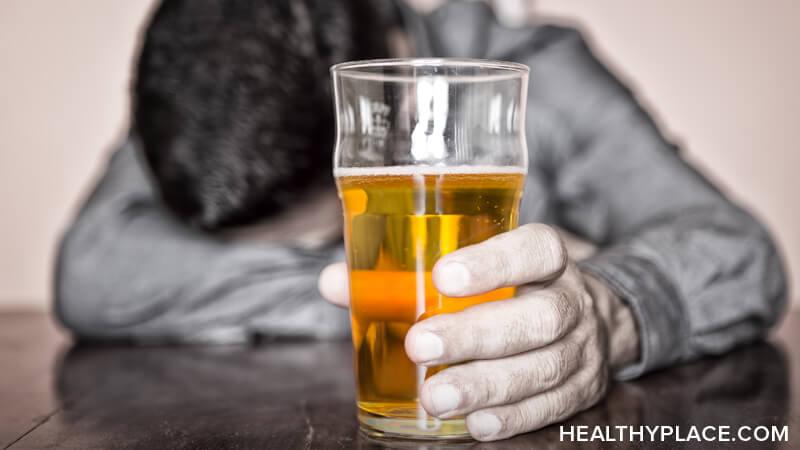 Dehumanizing people with addiction is something many people do without thinking about it. For example, when someone says “addict,” there are probably a few images that readily come to mind and descriptors to go along with those images — crackhead, drunkard, nasty, degenerate, the list goes on. This is the stigma of mental illness at play as preconceived notions and dated ideas of what it means to have an addiction take over our perception. When we let that happen, we’re dehumanizing people with addiction. This happens with all kinds of addiction, too.

What Does Dehumanizing People with Addiction Mean?

When we use terms like "crackhead" or "degenerate," we’re effectively narrowing a person’s identity and even his or her being down to that one word. Words, as powerful as they are, define the world for us, and they also work to define people, too. If we use the word "degenerate" to describe someone with an addiction, we’re often no longer seeing the person, we’re just seeing the negative characteristics of the illness. We end up personifying the illness in that person and oftentimes what happens is people stop caring about him or her (Dehumanizing Addicts: A Stigma Leading To Deaths).

The reality is people with addiction are still people. Having an illness, having an addiction, does not mean someone is a bad person as stigma would have us believe. We need to understand that addiction alters a person's behavior (Understanding Your Addiction: Addiction Hijacks Your Brain). Yes, people with addiction do bad things and hurt the people around them, but that doesn’t mean they’re bad people. I know many people dealing with various forms of addiction and have seen the ugly sides of their illnesses — I would not count a single one of them as a bad person.

Stigma can weigh just as heavily on someone with addiction as someone with any other mental illness. Not only do negative words stick with a person and become an internalized, self-stigmatizing dialogue, but beyond how even that person feels, the way we treat and stigmatize addiction sets up societal barriers to people getting help (Substance Abuse Stigma: An Obstacle in Addiction Recovery).

If we look on people with addiction through negative lenses and as people who just aren’t trying hard enough, society is less likely to want to lend a hand and, in turn, less likely to make the treatment system easier to navigate for those struggling. When the stigma is pervasive enough that the general public doesn’t see addiction as an illness but rather a personal problem of character, then it’s less likely anyone is going to create any recovery or treatment programs for the illness (Stigma Can Make Mental Illness More Difficult).

To stop dehumanizing people with addiction, remembering that addiction doesn’t discriminate and can affect anyone — good or bad — is a good place to start when trying to see the person behind the illness. I can understand how the behaviors of the person can be confusing and make it difficult to separate the person from his or her illness, but the fact still remains that they are separate.

Eliminating negative and stigmatizing language when talking about addiction and those who have it is another necessary step in the dehumanizing process. Even the word "addict," as discussed earlier, is a loaded gun, so swap it instead for “a person with an addiction.” People-first language is the act of acknowledging the human first and the illness second, which helps eliminate stigma and preconceived ideas.

These are two simple steps that you can actively practice while still making a fairly sizable, positive impact.

I am a member of the National Alliance on Mental Illness because my sons had substance abuse disorders along with bi-polar disorder. Both died because of heroin. I find serious deficits in understanding addiction within NAMI. I hear stigma in the way people even say the word "drugs" or "drug overdoses". I feel they have a kind of caste system in their minds
when it comes to mental health conditions.

My deepest condolences for the loss of your sons. I can't even imagine how that would feel. I'd never even thought of the stigma behind the way people say "drugs," but you're so right, Gretchen. I'm sorry to hear that you're seeing this kind of thing within NAMI, but don't be afraid to use your voice and your story to help try to change the way people are approaching these topics. It can be tough to do, but people won't know how to change if we don't address things such as this. You've got this.

I think this is true especially for family members who often doesen't know how to manage the situation and tend to judge and tend to think about addiction as a bad habit, or a vice.

Such an important point - "we’re effectively narrowing a person’s identity and even his or her being down to that one word. " We have to be aware of the power of words, they can be extremely empowering or defining/narrowing. It's important that we take the time to be mindful of the language we use and how we use it.