Mental Illness: How Young Is Too Young to Diagnose and Treat?

I have a a four-year-old nephew, Landon, who is exhibiting traits of obsessive-compulsive disorder (OCD). He insists the blocks be arranged by color and cries when they are not. Autism has been ruled out, so the next suspect is OCD. But is it really OCD, or is it just a phase? How young is too young to make a diagnosis of mental illness? And when a diagnosis is made, at what age should treatment start?

When Should You Diagnose and Treat a Mental Illness? 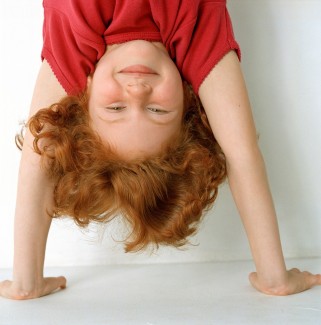 In her book Beauty Fades, Dumb Is Forever, Judge Judy Sheindlin tells the story of a two-year-old diagnosed with attention-deficit/hyperactivity disorder (ADHD) and left medicated with minimal monitoring for the next several years. At her orders, he went off his medication, and his behavior improved dramatically. But who made the decision to put a two-year-old on psychiatric medications? How much of his problem was just a phase? Just how young is too young to diagnose and treat a mental illness?

APA Reference
Oberg, B. (2014, December 18). Mental Illness: How Young Is Too Young to Diagnose and Treat?, HealthyPlace. Retrieved on 2022, August 10 from https://www.healthyplace.com/blogs/recoveringfrommentalillness/2014/12/mental-illness-how-young-is-too-young

Mentally Ill In Public: How Sick Is Too Sick?
Handling Police Encounters with People with Mental Illnesses