At first I thought it was a joke, but then I heard the sound of a struggle and someone screaming. I opened my door, only for a staff member to wave me back into my apartment. She was on the phone. "He's psychotic. He's seeing things. He was cooperating but they took him down when he tried to run. What do you want to do?" I posted the details of the confrontation on my Facebook page with the hashtag #PsychPatientsLivesMatter and soon received comments on my bravery.

I don't know why the sheriff's department was called. Had it been the Indianapolis Metropolitan Police Department, chances are a Crisis Intervention Team (CIT) officer would have responded. CIT officers have three goals, according to their web site: 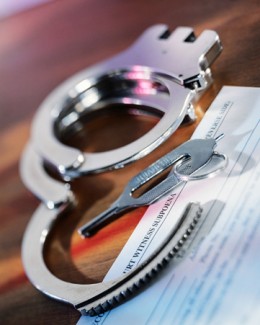 CIT police officers are trained about mental health issues, medications, addictions, suicide, legal processes, available resources, de-escalation techniques and alternatives to arrest such as immediate detention. I remember one CIT officer told a newspaper that in one case, he would have used force if he hadn't had the CIT training.

I believe every law enforcement officer should have this training. Sadly, Indy is the exception, with a goal of 20% of street police officers receiving this kind of training.

In other words, if you're in a mental health crisis in Indianapolis, you have a one-in-five chance of getting someone who can actually help.

This has ended sadly. Once, a man was put on quetiapine (Seroquel) and had a psychotic break. His family called the hospital, but the call went unanswered. Someone called the police to report a suicidal man with a gun. A SWAT officer responded and fatally shot the man.

The National Alliance on Mental Illness (NAMI) reports: "Every time a crisis is prevented through proactive intervention and assistance, it reduces the likelihood of contact with law enforcement and an arrest. Every time that an individual goes into a crisis, the odds of an assault, injury or arrest are increased."

So how to avoid negative outcomes? Prepare.

NAMI has an article called Ask A Cop: What Should I Say When I Call 911 for a Loved One? The advice: gather information before a crisis occurs, get advice from law enforcement officers before a crisis occurs and train for a crisis. For example, if your loved one is a veteran with posttraumatic stress disorder, keep a record of their diagnosis, medication regimen, symptoms of a crisis and potential triggers. The officer needs to know that your loved one has a reaction to certain tones of voice or that they think they're in Tikrit. Practice this preparation until you know it by heart. Then, if a crisis occurs, you'll know what to do.

NAMI's Family-to-Family has a crisis file you can use to prepare for emergencies. Your local affiliate will be able to help you. The national office can be reached at 1-800-950-NAMI.

Law enforcement and our jails and prisons have become the major providers for the mental health care in our country. While this is not an acceptable situation, it is a fact and we need to do what we can to respond in a way that leads to a good outcome for everyone. Doctors in the psychiatric emergency rooms have told us that they can tell the difference between officers who have received the training and those who have not by listening to the interactions between officer and the patient. When the officer is trained in CIT, they become part of the treatment team and the recovery actually starts when the individual with mental illness makes contact with police.

Mental Illness: How Young Is Too Young to Diagnose and Treat?
Mental Health Myths Can Kill
reed
December, 20 2015 at 2:41 pm

I have PTSD and I'm Bipolar. ADD, ADHD, and dyslexia. I live in des Moines Iowa. Des Moines has a Mobile Crisis. when ever I have had a weapon I have been honest and told them. Every time they came to see me and the cops took me to the hospital, they would always detain me by putting me in handcuffs not because I was in trouble or they were mad they did it so I would not hurt myself. they were always very nice and were never rough. What I liked about Des Moines Police Department is that they are always understanding. They never want to hurt anyone they want to help more than anything. they are all very good men and women. when ever some one needs mobile Crisis DMPD has to come first just to be safe. Then the Mobile Crisis team comes. I am very thankful that Des Moines has great mental health services.

I have had to call for psychiatric intervention for my son 3 times. Luckily, here in NJ, each county has an APS unit, Acute Psychiatric Service. They send a trained social worker to the house with a police officer for their safety. After an evaluation, the social worker determines if the person needs to go to the ER for a psych evaluation. My son put up a fuss each time and then more police officers were sent along with EMS workers. I was always impressed with the officers; they were always polite and respectful and were able to persuade him to go without violence. They had been trained properly to handle mental illness issues and I will be forever grateful to them.