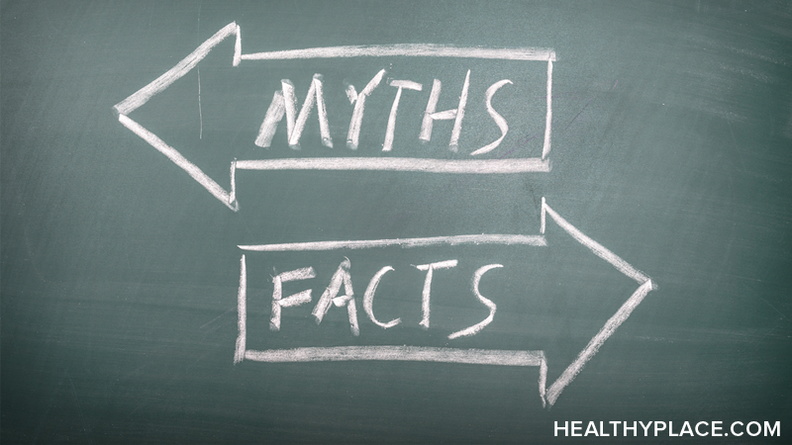 There are many myths about posttraumatic stress disorder (PTSD). Due to the stigma of mental illnesses such as PTSD, myths are common. The best way to address a myth is by educating people with the truth. So here are three myths about PTSD.

PTSD Myth One: Only Military Service Members Get PTSD

While PTSD is popularly associated with military service during a time of war--while I was writing this I found several websites targeted toward military service members with PTSD--this is not the only way to get PTSD (Understanding Combat PTSD blog). According to Dr. Aphrodite Matsakis's I Can't Get Over It, PTSD can be contracted many ways. She writes:

PTSD symptoms are estimated to affect, at the very minimum, some 8 to 9 percent of our population. Recent studies show that PTSD develops, on average, in 25 percent of those exposed to a traumatic stressor:

For example, I have PTSD from surviving abuse. Although I am a veteran, I acquired PTSD prior to joining the military--I just hadn't had symptoms. PTSD does not always manifest immediately; in fact, to merit the diagnosis, symptoms must be present for at least a month. You may be wondering, "What are the symptoms of PTSD?" Read on, for there are PTSD myths about that, too. 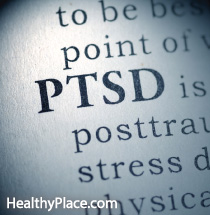 Flashbacks are the best known symptom of PTSD, but they are not the only one. According to HealthyPlace, PTSD criteria include reliving the event through nightmares, flashbacks, hallucinations or severe distress when triggered, as well as three of the following avoidance symptoms:

Two of the following hyperarousal symptoms must also be present:

Flashbacks are not the only symptom. For example, I have flashbacks only when under intense stress. My PTSD symptoms are dominated by avoidance of triggers of the event, nightmares, and hypervigilance.

Several classic war movies, as well as sensationalized media coverage, have helped perpetuate the “crazy war vet” stereotype, which is an inaccurate depiction. PTSD is not characterized by psychosis or violence. Rather, symptoms of PTSD surround coping with the memory and implications of a traumatic experience (e.g., distressing memories and changes in mood). Furthermore, “crazy” is never the best word choice. “Crazy” is not a diagnosis, rather it is a damaging and stigmatizing label.

Symptoms of PTSD vary depending on the person with the disorder. Angry outbursts and violence don’t always occur, even if the illness was brought forth by events involving violent crime and torture. Ultimately, how a person reacts to a traumatic event is dependent on their individual attributes and sensibilities. For example, additional symptoms may include memory disturbances and the inability to connect and reconnect with others. The severity of each symptom increases and decreases and almost never remains constant.

I'm a pacifist and while I have lashed out, it's not my normal behavior. PTSD does not make a person more dangerous--mental illness in general doesn't make anyone more dangerous. The myth of the violent psychiatric patient must end.

So those are three myths about PTSD. What are some myths you've heard?

Is Sexual Abuse an Epidemic?
How To Fight Barriers And Get To Your Safe Place
Cheryl Spillman
November, 3 2015 at 4:56 pm

I have many of these symptoms of PTSD and have suffered for years because of things that happened many years ago. I have had and now have another therapist that are truly helping me to be less hypervigilant. Many think that flashes are just it, the only symptom, however, the reliving like it is happening NOW is the worst for me. I have been through Exposure Therapy and going through EMDR now. Maybe, someday, things will calm down.