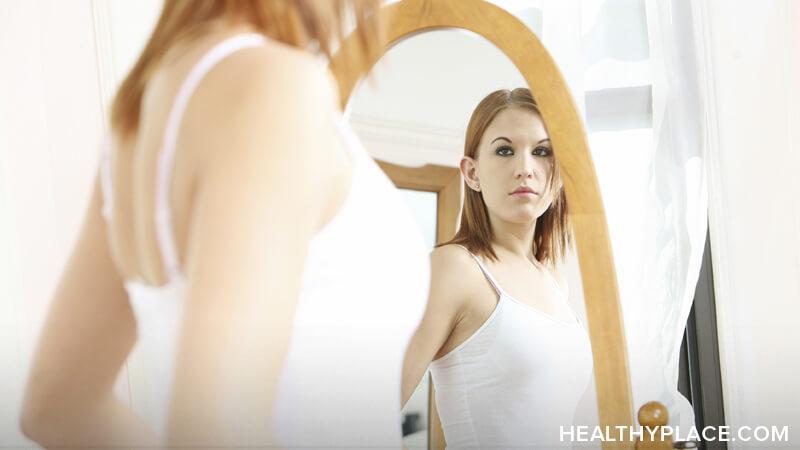 There is a common—and dangerous—eating disorder stigma in society that says eating disorders result from vanity and a need for attention, but the truth is, eating disorders are not for the vain. This eating disorder stigma minimizes just how severe and catastrophic these illnesses can become while reinforcing the belief that sufferers cannot reach out for help, lest they be dismissed as attention-seekers fixated on their own appearance. But in order to dismantle this added layer of cultural stigma that keeps so many victims both silent and ashamed, it's important to realize that eating disorders are not for the vain. Rather, they are caused by intricate, nuanced factors that are often unrelated to vanity and rooted instead in trauma, self-loathing, or insecurity.

The eating disorder stigma that I was vain for suffering an eating disorder doesn't ring true for me or many others. If someone had informed my 13-year-old self that the anorexic behaviors and thought patterns, which began to dominate my life in middle school, were the byproducts of inflated self-esteem or arrogance in how I looked, my reaction would have been to stare at this person in wide-eyed confusion or burst into incredulous laughter. There was no facet of my appearance I deemed worth boasting about in those painful, adolescent years. As a target of bullies who mocked the pubescent features I had started to develop ahead of my peers, I viewed my body with scorn, hatred, and rejection—anything but pride. I blamed it for the uncontrollable turbulence in my life and decided it must be punished, not flaunted.

I also suspect that I am not alone in these attitudes and beliefs which morphed my body image into a 15-year battle with anorexia. The more I discover about how these illnesses originate and intensify, the more convinced I am that eating disorders are not for the vain--eating disorder stigma is the culprit behind that belief. The psychological forces that compel disordered eating are not always entrenched in a desire to maintain thinness, beauty, or an airbrushed "ideal." Eating disorders are not that simplistic—nor are the victims. In fact, more than likely, sufferers experience a tremendous dissatisfaction with their bodies that has nothing to do with aesthetics.

To them, a body is a physical reminder of emotional harm. Whether they were ridiculed, objectified, assaulted, exploited, or abandoned, most people I have encountered with disordered eating hold stories of trauma in their bodies. So as a result, their behaviors are fueled by a defense mechanism to control and repress the perceived source of their trauma—the physical self. This is not rooted in vanity, but in a basic need to survive powerless circumstances.

Have you faced the eating disorder stigma that you must be vain to be suffering? Tell me about it in the comments.