Police De-Escalation Is Not 'Hug a Thug' 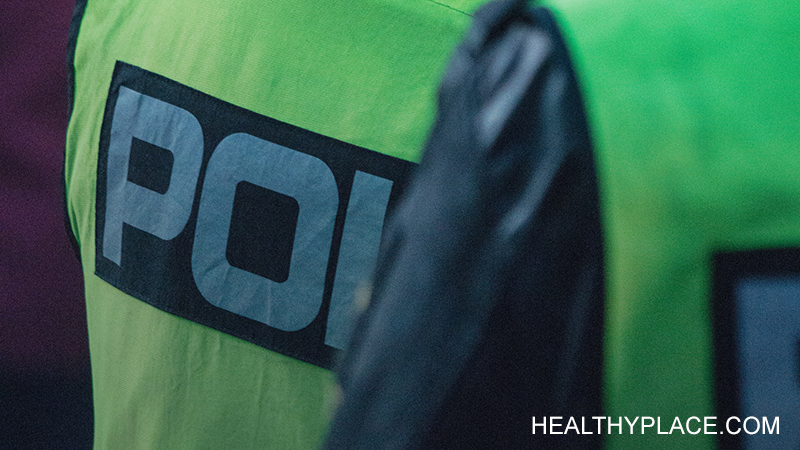 Police de-escalation is not "hug a thug." Unfortunately, police are often the first responders to a mental health crisis. Police, however, are trained to deal with criminals, not sick people. We see the result of the tragedy in Sacramento in which police attempted to run over a mentally ill black man before shooting him 14 times.1 They knew he was mentally ill yet escalated the situation with lethal force. According to the L.A. Times, police unions and some of the rank-and-file refer to de-escalation as "hug a thug."2 This is the wrong attitude for an officer to have, and makes calling the police for help dangerous for a person with mental illness.

Often people in a mental health crisis are confused. They can't tell the difference between the officer's voice and their symptoms. Or they may be afraid of the officer because of delusions or previous bad experiences with law enforcement. Either way, shouting doesn't work in a mental health crisis. Cool heads prevail. As the Times article says, police officers should keep their distance, speak in a normal tone of voice and try to communicate with the person instead of shouting orders (Seeing Someone in a Mental Health Crisis). 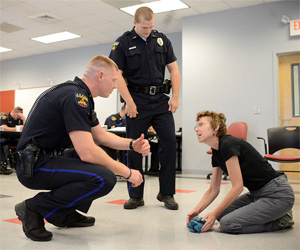 I've had the police called on me several times, and I have a fear of the police. Most of the time Crisis Intervention Training (CIT) officers arrived and took me to the hospital with a minimum of difficulty. Unfortunately, one time a SWAT officer responded to a call about a suicidal woman in an apartment full of knives. Long story short, the experience was unpleasant. But I'm alive, and made it to the psych ward unharmed. Some people with mental illness who have the cops called on them are shot and killed or taken to jail. I know of one case here in Indy in which a SWAT officer responded to a mental health crisis and shot and killed a fleeing unarmed man with bipolar disorder. The crisis hotline had never returned his call, forcing his family to call the police.

It's not as simple as "do what they say and you won't get shot." It's hard to tell what the officer is saying when you're hearing voices. It's also difficult not to panic when you're being screamed at and have a gun pointed at you even without a mental health diagnosis. This is when de-escalation works. Shouting doesn't work and only escalates the situation. Officers should not shout at a person with mental illness who is actively symptomatic, but should strive to calm the person, reassure the person, and get them help.

Crisis Intervention Training (CIT) officers receive special training in working with people with mental illness. Here in Indianapolis, the goal is to have 20 percent of the police force receive this training. One result is that the use of force has decreased. CIT works.

People with mental illness are not thugs. We are not bad people. We are not criminals, and the crimes that we do commit are usually the result of our symptoms (such as the case of a woman arrested for smoking in a no-smoking zone). The criminal justice system is not the place to treat mental illness; the hospital is.

We need to change the way police officers see us. There is a serious problem when they value our lives so little that they're willing to run over us with their cruisers while told "Go for it." We need to de-militarize the police and train them to respond to a mental health crisis not as a crime in progress but as a medical emergency. When the police see us as threats, we're treated as threats and often killed. But when they see us as sick people, they respond with humanity and we get the help we need.

Training works. We need to invest in it.

The number one provider of mental health services in Indianapolis is the county jail. We need to stop using jails as treatment. Sometimes the police will arrest someone to take them to jail for treatment. Sometimes jails are used to hold people with no charges against them just so they'll get treatment. But the criminal justice system is not a place for a sick person to get well.

Giving a sick person mental health treatment is not "coddling criminals." It is responding to a legitimate disease with a medical solution. We wouldn't send a person with "chemo brain" or Alzheimer's disease to jail to get better. It's time we stop doing that for mental illness. We need to fund the community mental health centers instead of warehousing people with mental illness in jails and prisons.

Above all, we need to realize police de-escalation is not "hug a thug." It is a rescue mission.

1 Sacramento police tried to run over man before shooting him, recordings reveal
2 Police embrace 'de-escalation' to reduce shootings, but some officers remain skeptical

APA Reference
Oberg, B. (2016, October 3). Police De-Escalation Is Not 'Hug a Thug', HealthyPlace. Retrieved on 2022, June 28 from https://www.healthyplace.com/blogs/recoveringfrommentalillness/2016/10/police-de-escalation-is-not-hug-a-thug

How to Handle a Treatment Professional On a Power Trip
Therapy Works If You Put In the Effort
MCE Conferences
October, 14 2016 at 2:32 am

"MCE Conferences Continuing Medical Education Programs are organized by Primary Care health care professionals.
Our live and interactive Continuing Medical Educational (CME) Conferences are led by national speakers dedicated
to providing Primary Care clinicians with new, evidence-based, and commercial-free CME Conferences. Our Half-Day focused
learning sessions are structured around the idea of spending quality time with family in some of the most exciting, and
family-friendly travel destinations. MCE Conferences is gratified that many of our attendees rate us as “the best CME education
and recreation care available today.” We hope you can join us - www.mceconferences.com