We Can Only Heal When We're Ready 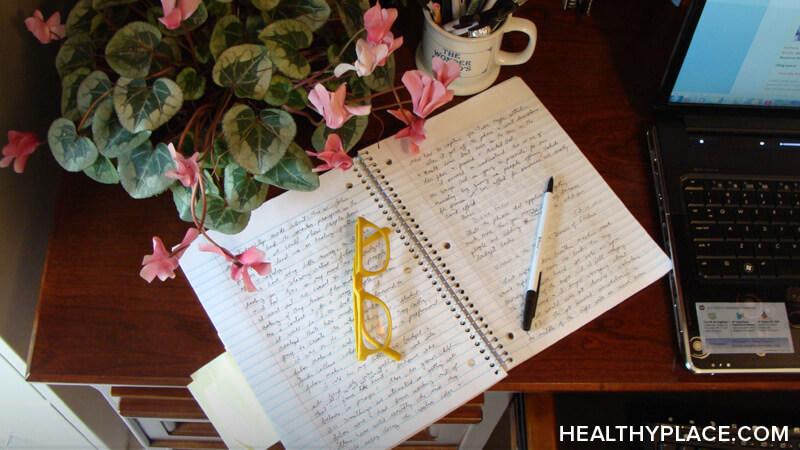 Countless times, people have told me that a person can only start to heal if they are ready to do the work themselves. They can't be forced into improving their lives. Despite hearing this message over and over, part of me really thought I could convince other people to heal and "get better" if I just said and did the right thing. This probably comes from a history of being responsible for co-regulating my parents' emotions. I grew up having to say and do the right thing to maintain my worth, and for a long time, that felt normal.

Recently, I've been trying to unlearn this. A big breakthrough came for me when I realized there were times others had tried to push me into healing certain areas before I was ready.

Getting Ready to Heal Is a Process

I have been actively working on my mental health for almost a decade, and in that time, I've noticed a kind of pattern. In my reading about mental health, I will come across something that other people find useful in their healing journey, and I can't help but snort because it seems so useless. Then, a few months later, or sometimes years later, all of a sudden, that exact same thing makes so much sense.

This has happened with probably hundreds of things, but most recently, I feel like I've finally understood the idea behind setting intentions. In the past, "setting intentions" felt like the same thing as setting goals, which has always been difficult for me. I have some issues with perfectionism, so when I set a goal and don't reach it, I feel like a complete failure. Instead of dealing with my perfectionism, I've simply stopped setting goals.

For a long time, setting intentions seemed like another version of goal-setting that was only going to cause me more anxiety. But then, after years of turning up my nose, I had a breakthrough. Setting intentions is different from setting goals because the focus is on being intentional. It's about intentionally focusing on something in your life instead of just letting it happen to you.

This is a mindset I wasn't able to see for a very long time, even though plenty of people, including friends, family, and therapists, have tried to explain it to me. I simply wasn't ready to hear it yet.

Take Your Time Getting Ready to Heal

It can be frustrating to realize that something you've been rolling your eyes at for years can actually be a really helpful way to heal from trauma and mental illness. I know I've struggled with feeling guilty and stupid for doing this. But the truth is, I'm just human, and I can't magically heal everything at once. Healing takes time, and that's okay.

What healing tools have you dismissed in the past, but now find yourself embracing? How did you feel when you realized this tool could actually help you? Share your story about healing when you were ready with our community in the comments.

APA Reference
Griffith, M. (2020, August 4). We Can Only Heal When We're Ready, HealthyPlace. Retrieved on 2022, May 20 from https://www.healthyplace.com/blogs/recoveringfrommentalillness/2020/8/we-can-only-heal-when-were-ready

Changed Behavior Is Needed for Mental Health Recovery
Why It Gets Worse Before It Gets Better
Valeria
August, 5 2020 at 6:43 pm

Please talk more about it. Give examples of the differences in been intentional and set goals. I need more of you here please. Thank you

Hi Valeria, great question! So, I'm not sure if others would see it this way, but here's the difference between setting goals and setting intentions for me. Goals are concrete things that need done. They need to be completed in order for you to successfully achieve a goal. An intention is a promise to yourself to work on something. Whether or not you complete the thing, you have successfully honored your intention as long as you've given it your best effort. Intentions are more about your relationship with yourself, while goals are more about your relationship with the world or outside views of "success."
Does that help?

As much as we may want to hurry the process, in ourselves and others, healing takes time. It is also so important to remember that healing is not linear, and no two experiences are alike. It can be so easy for us to say, "it's been X amount of time, I/they should be over this by now", but it doesn't work that way. Always be gentle, give time, time. Beautifully written post.

Thank you so much, I'm glad this post resonated with you! All of those things are true, just hard to remember in times of difficulty.